Before you engage in a game of airsoft, it is likely that your gun’s muzzle velocity will need to be checked. This is to ensure that your airsoft guns are running the risk of killing somebody, or at least seriously injuring them.

The airsoft will be measured in feet per second, often referred to as FPS. This essentially tells the person measuring how fast your weapon is firing.

The higher the weight of the BB ammunition you are using, the lower the FPS you look for. However, this will be something that you will be told about while on the play site.

The maximum FPS allowed may also vary between the gun being used. For example; a sniper rifle may be allowed a slightly higher FPS because they are designed to be shot at long range. Some of the best airsoft sniper rifles can have a muzzle velocity exceeding 500 FPS. This means that the chances of them causing severe damage are lessened, because they would have lost a lot of their power by the time they reach the target.

Because of this, there will also be rules and regulations in place at your play area which will dictate the minimum firing distance for some weapons. This is why it is always important that you carry a slightly lower powered side arm for use, just in case you need to engage in some close quarters combat (there are other reasons why you will need a side arm too)

The testing equipment used will be known as a chronograph. They are an expensive bit of equipment, but they are surprisingly easy to use. 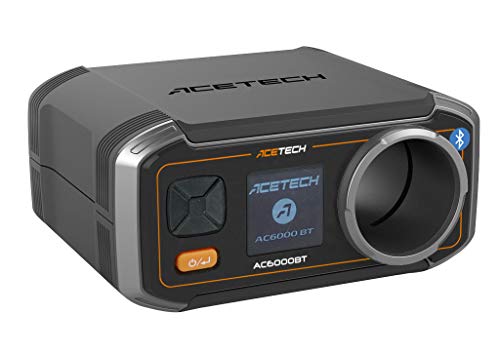 The chronograph will have a hole on it. There will also be a digital screen. The idea is that you take your gun up close to the hole and fire through it. The chronograph will register the speed at which the round is travelling and then give you a readout.

There may be a few more features in the chronograph too. For example; some of the better ones out there will be able to give you information about your firing speed.

It is rare that you will be able to engage in an airsoft game unless your weapon passes the chronograph test. In fact, if your airsoft weapon has been manipulated in any way which can make it deadly, you are going to run the risk of having it confiscated by the police. This is why you should always buy your own chronograph.

There are, of course, other ways in which to test muzzle speed velocity. However, it is unlikely that you will ever use one of these in the field. The methods that can be used in the field are unlikely to be that accurate.

The ones that you can use at home with accuracy are just going to be too complicated to set up. A good chronograph is something that you can slide into your pocket and be done with it without any issues.

Average Velocity/FPS Allowed in Airsoft Games in the US

It does not matter the size or weight of the bb that you are firing, if it has enough power behind it, then it has the potential to be lethal. You probably do not want to go around firing at people with an airsoft weapon which has the potential to be lethal. This is where there are legal limits in place with regards to the velocity that is allowed.

It is worth noting that different gaming areas will have different rules and restrictions about the maximum velocity that is allowed if you play there. It is always worth checking out these rules before you head to a new play location just in case usage of your weapon is banned.

The police have released information about airsoft weapons that they regard as illegal. This is not written in stone in the law, but it is worth thinking about these limits, as most play locations are going to stick to them:

If they go any higher than this, then you may be crossing over into restrictions laid out by the firearms act, so you are probably going to wish to avoid that.

To make things a little bit handier for you, we have broken down all this information into BB weight, Joules, and FPS. This will ensure that you know whether your weapon is allowed ‘in the field’ or not:

Remember; the information in this section is only applicable to the USA, although we doubt that other countries are going to be that different to these regulations although, as always, it is going to be worth checking out.

We are going to give you a brief overview of two brilliant airsoft weapons. These are vastly different weapons for different purposes, but we just want to give you a taste of how they can be used, particularly when it comes to muzzle velocity. 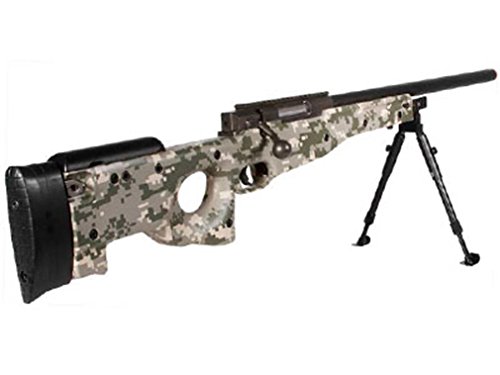 This is a tactical sniper rifle, designed for shooting from long distances. It is rare that you will be able to use these ‘up close’ during a skirmish, although you will need to check the rules that the play center has.

The FPS of the UTG AccuShot Shadow Ops Airsoft Rifle varies between 430 and 460 FPS, assuming that you are using 0.20g BBs. This means that it is well within the limit highlighted above as this is a single shot weapon.

The maximum magazine capacity is 30 rounds. It weights 7.36 lbs.

This is a spring power air rifle. This keeps the velocity down. As you can tell from the chart above, this is well below the maximum FPS for a weapon like this. This is because a spring, as opposed to gas, is being used to force the round out of the muzzle.

This means that, in theory, you can get up a little bit closer to your target when you are using it. If this were a gas powered sniper rifle, then you would really need to keep your distance.

As a side note; the base version of this sniper rifle does not include a scope. Therefore, you will need to purchase one before you get into the field. Thankfully, many of the top scopes made for air sniper rifles should be able to fit your UTG.

This airsoft weapon is a 1:1 reproduction of the world-famous Thompson 1928 Submachine Gun. It is on the cheaper side of things, so it is really not going to have the weight of the original gun, but it is going to fire incredibly well.

The velocity of this weapon is 426 fps. This means that, based upon the limitations above, it is unlikely that you will be able to use it in a skirmish environment. You will need to find out about the area that you are playing to find out whether this is the case or not.

That being said, this is the type of airsoft weapon that people purchase for a bit of fun plinking. It is not really going to be amazing in the field due to the bulk of it. The fact that the barrel is made of plastic also means that you are probably not going to want to be running around with in a heavy skirmish area.

Another way in which this is different to the sniper discussed previously is how it is powered. The rounds in the Soft Air Thompson 1928 are forced out of the barrel through battery power.

This, of course, contributes to the FPS as there is more power behind each round. It does ensure that there is a rapid-fire rate too. The fact that this is not powered by gas ensures that there is minimum recoil, which is perfect for target shooting.

Ready for the field?

If you are planning to use your airsoft weapon ‘in the field’, then it is vital that you know the muzzle speed velocity. Test it at home if possible.

Find out the rules for using it at your local play center too. Due to the dangers involved, there is no way that a reputable play center will let you breach their limits even by a small amount.

This is one of the reasons why it is important that you actually purchase quality airsoft weapons. They are going to be built within the limits. There are some really cheap airsoft weapons out there which are completely unusable in a proper skirmish environment as they are dangerous.

People didn’t really seem to put any thought into ensuring that they work properly.

Why buy an Airsoft Pistol?

How much do Airsoft Guns cost?